Child Marriage: Too Young to Wed

Every three seconds, somewhere in the world, a girl under the age of 18 is married. This means that 25,000 girls become child brides every day—or 100 million girls over the next 10 years if the trend continues. The practice has existed for thousands of years, most commonly with girls in the world’s poorest countries and regions. Even in the developing world, one out of three women under the age of 50 were married before they turned 18.

Families in poverty usually feel they have no alternative to child marriage. However, keeping girls in school is the most significant thing families can do. Girls with a higher level of schooling are less likely to marry as children. And at school, a girl develops skills to ensure that she can take full advantage of future economic opportunities to support her family and lift her own children out of poverty.

Child marriage inhibits the girl or boy’s basic rights to health, education and security. It violates their human rights and is condemned in international conventions. Child marriage puts the child bride at greater risk for dying in childbirth; contracting sexually transmitted infections; having pregnancy-related injuries such as fistula; or constantly childbearing through her reproductive years. In addition, a child born to an adolescent mother is twice as likely to die before the age of one, compared to the child of a woman in her 20s. Furthermore, child brides usually have little control over their lives and well-being, which puts them at increased risk for domestic violence.

But girls don’t have to be disenfranchised as child brides. A number of communities are abandoning child marriage while respecting and maintaining traditional values. There are religious leaders who say that this practice must stop. As Archbishop Desmond Tutu says, “Child marriage robs millions of girls of their childhood, their rights and their dignity.” Religious communities are encouraged to take the lead, or become integral partners, in these efforts.

Child brides are children at risk. And while girls are the most widely vulnerable, boys are involved too. The goal of the World Day is to stop early marriage and find viable alternative solutions that include men and boys as well as women and girls. Please read on and join us in taking action! 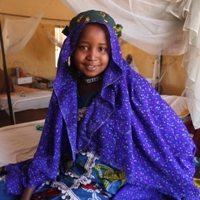 Article no. 3 – Interview with Girls Not Brides 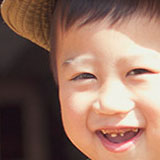 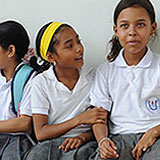