Message From the Convening Chair 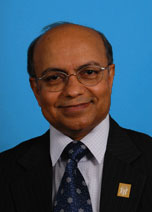 Celebrated on Universal Children’s Day, the World Day of Prayer and Action for Children is a bold and visionary initiative whereby places of worship – churches, temples, mosques, synagogues and shrines – in communities all over the world are hubs for prayer and specific actions to improve children’s lives.

Supporters of the World Day of Prayer and Action for Children are guided by ethical values and religious teachings, inspired by the Convention on the Rights of the Child, and committed to creating a world fit for children.

While the world is two billion children rich, sadly many children fall out of our reach, growing up unhealthy, uneducated and unprotected.  Over 600 million children live in abject poverty, 8.1 million children die before their 5th birthday and some 68 million primary school children are denied the right to education.(1)

There is yet another major public health and social problem which must be addressed if we are to make create a better world for children: the prevention of  violence against children. According to the World Health Organization (WHO), violence kills more than 1.6 million people every year. Public health experts say that these statistics are the tip of the iceberg with the majority of violent acts being committed behind closed doors and going largely unreported. WHO estimates that 40 million children below the age of 15 suffer from abuse and neglect and require health and social care. (2)

The Convention on the Rights of the Child defines violence as “all forms of physical or mental violence, injury and abuse, neglect or negligent treatment maltreatment or exploitation, including sexual abuse.”

Violence against children erodes the foundation children need for leading healthy and productive lives. Exposure to violence during childhood can lead to a broad range of cognitive, emotional, mental and physical problems.

The world does not have to accept violence as an inevitable part of the human condition. As long as there has been violence there have also been systems – religious, philosophical, legal and communal which have grown up to prevent violence.

The factors that can contribute to violence – whether they are factors of attitude and behavior or related to larger social, economic, political and cultural conditions – can be changed. (4)

The World Day for Prayer and Action is an opportunity for Religious leaders and faith-based institutions that reach five out of the six billion people on this planet to join hands with governments and inter-governmental organizations, civil society, — including parents, teachers and young people —  to stop violence against children.

Together we must harness the inner strength to stop violence against children. We need the courage to speak about violence and uncover the shroud of silence and its stigma. We need to learn from the determination and action of those who have bravely exercised their freedom of choice to say “Stop” to all forms of violence so that we can create a movement for children.

If this seems unrealistic, let us consider what the great leaders of non-violence have taught us about what can be accomplished through peaceful means:

Mahatma Gandhi was able to break down the world’s mightiest empire through non-violence social change.

Can we not adopt these powerful lessons from courageous leaders and apply them to raising, caring and protecting our children and build a culture of non-violence?

This year we are urging all of participants to consider education, community mobilization and advocacy initiatives to stop violence against children. Click here for more tools to get involved.

We can build a world in which all children can enjoy a childhood of playing and learning, where they are loved and cherished, their safety and well-being are assured and where they can grow to adulthood in health, peace and dignity.

Finally let us remember the lesson of Martin Luther King, Jr.:  At the center of non-violence stands the principle of love.