World Day 2010 is a global success

The 2010 World Day of Prayer and Action for Children unfolded with global celebrations last month as tens of thousands of people heard messages from their religious leaders urging the care, protection and well-being of children. 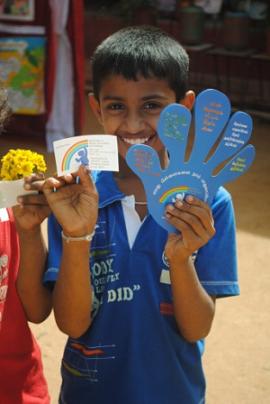 World Day Event in Sri Lanka (GNRC South Asia)More than 40 countries hosted some 60 events in over 50 cities, doubling the number of countries that participated in the World Day in 2009. Across the globe, religious leaders from all faiths joined secular groups, governments, NGOs and community organizations in prayers and concrete projects to improve life for the world’s poorest children.

In Kinshasa, tens of thousands of Congolese Muslims gathering for Eid Al Adha prayers heard messages promoting child survival, including the urging to exclusively breastfeed babies during the six first months of life. In Algeria, sermons in 15,000 mosques focused on children’s rights and the importance of breastfeeding, while 1,500 religious leaders in Sierra Leone used the World Day to spur a mass mobilization effort for child and maternal health. In Kenya, UNICEF working with faith groups launched an initiative to train 27,000 religious leaders to promote healthy practices among their congregants, a measure that will eventually reach 27 million Kenyans.

And across Latin America, leaders from every faith group led prayer services, marches and celebrations aimed at reducing violence against youth, and preserving their rights and health.

“We live in the most prosperous of times in human history, yet nearly one billion people are living on less than $1 a day. Nearly nine million children die every year from causes that are readily preventable, and many others are subjected to abuse and exploitation,” said Kul Chandra Gautam, Convening Chair of the World Day of Prayer and Action for Children.

“We should not accept poverty as an unavoidable fate. Let us commit ourselves to harness the power and moral leadership of our religious traditions to liberate all God’s children from poverty, disease and exploitation. This is not just our duty, but the ultimate mark of our great human civilization,” said Gautam at celebrations in Nepal organized by the Global Network of Religions for Children (GNRC), a central partner in the World Day initiative.

The World Day of Prayer and Action is celebrated every year on 20 November to coincide with Universal Children’s Day. It aims to bring religious and secular groups together to accelerate progress towards the Millennium Development Goals, a set of eight internationally agreed targets to improve the wellbeing of the planet and its poorest inhabitants by the year 2015. 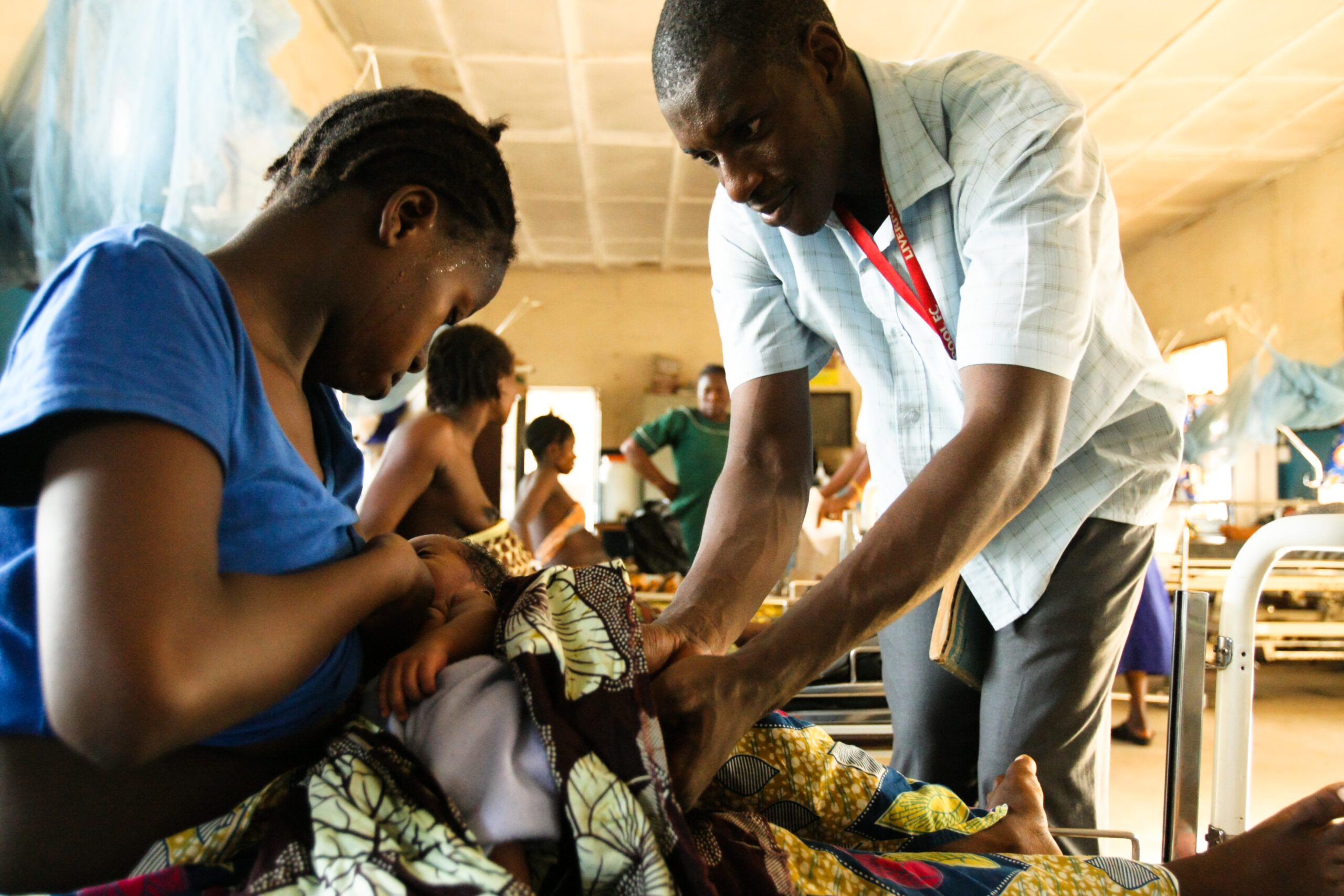 A woman breastfeeds her 14-day-old baby in a maternity ward in Northern Sierra Leone. World Day observances have stressed the importance of exclusive breastfeeding in the first six months of life.
© UNICEF/NYHQ2010-0640/Olivier Asselin

This year, the World Day focus is on reducing child mortality and improving maternal health (Millennium Development Goals #4 and #5), with a particular emphasis on exclusive breastfeeding, which has the potential to save 1.2 million lives every year.

Religious groups, which embrace almost five billion of the world’s people, are in a unique position to spur this global effort. “With their ability to influence behavior at the family and community level and across all social strata, religious leaders have enormous power to effect real and lasting change in the lives of children,” said Dr. Nicholas Alipui, Director of Programmes for UNICEF. UNICEF is a key partner in the World Day of Prayer and Action initiative, which was initiated in 2008 by the faith-based NGO Arigatou International.

In World Day observances around the world, religious leaders and their congregants testified to the immense influence of faith-based groups to improve life for children.

Hannah Maina, a young Kenyan woman who had walked eight kilometers to a health clinic on the outskirts of Nairobi said she had come on the advice of her pastor. “I’m expecting my third baby,” she said, as she waited with 800 other women and children for a battery of services. “I had to come because on Sunday, our church pastor advised that expectant mothers should visit the clinic for free services.”

In Freetown, Sierra Leone, Nmmah Sesay said her imam had encouraged her to come to a distribution center for free mosquito nets, which will prevent her children from contracting malaria, the leading cause of death for children under five in Sierra Leone. “The imam in our neighborhood told us how important it is to use mosquito nets. All of my children have had malaria before, and I don’t want to see them sick again.”

And in Haiti, where hundreds of people from five different faiths celebrated the World Day with prayers, songs and tree-plantings, religious leaders spoke of the important role of faith-based groups in helping the children of the earthquake-devastated country.

“Children have the right to realize their full human potential and to have their rights to security, integrity and dignity recognized by all societies. We want to send a powerful message around the world that religions can be a unifying force to promote children’s rights and well-being,” said Brother Francklin Armand, Coordinator of the GNRC in Haiti.